Julie and I got up early Sunday morning and booked it to the Capodimonte Museum, as the 19th-century apartments of the former palace residents are only open two hours a week, and I was determined to see every 19th-century painting in this city that Donatus Buongiorno would have seen while he lived here—in case I could identify copies, inspirations, etc.

There were no “finds” regarding his painting career, but there was a major find regarding a police action Buongiorno initiated in New York City in 1907. He reported a studio theft to the police—that a “Van Orley” painting had been stolen, a portrait of Protestant reformer John Calvin, which Buongiorno and an Italian art dealer had imported from Italy to sell in the U.S.

Bernard van Orley (c. 1487–1541) was a leading artist in Dutch and Flemish Renaissance painting and a designer of Brussels tapestries and stained glass.

He (and/or his workshop) made many portraits of European royalty, including seven of Charles V, Holy Roman Emperor, after he became King of Spain, and… on this Sunday morning, I discovered that the Capodimonte Museum has one of them! (The museum also has a substantial tapestry series based on van Orley drawings and, presumably, Buongiorno would have seen those, too.)

This confirms how Buongiorno would have known about van Orley, but I still suspect he “got taken” on the imported painting, as I find no record of a Calvin portrait by van Orley, though the two mens’ lives overlapped and van Orley was, against the tide, a Protestant.

So the plot thickens, and I have one more fact to add to the stew.

Many thanks to my cousin Julie Holm who shot a better photo of this painting than I did and is letting me post hers. 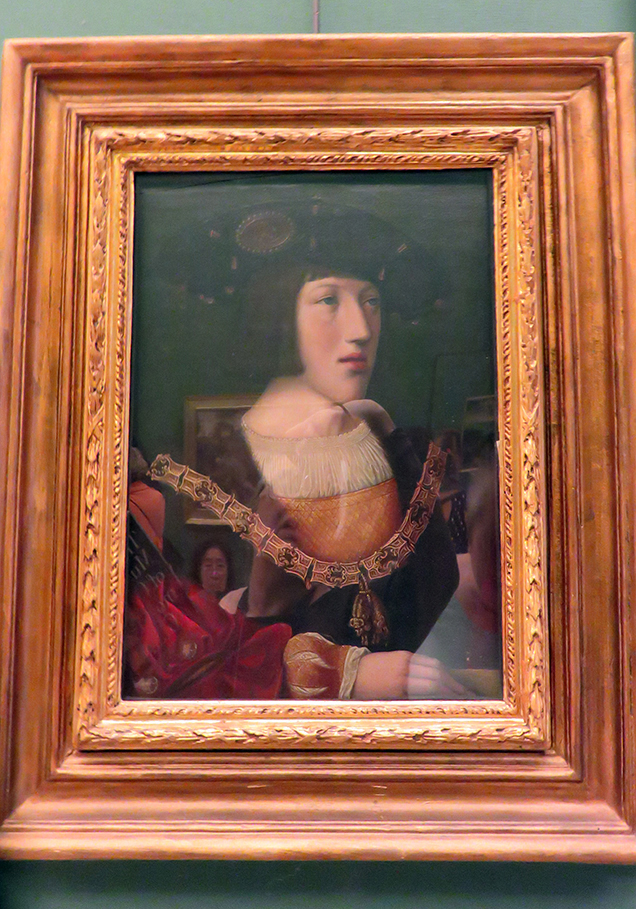 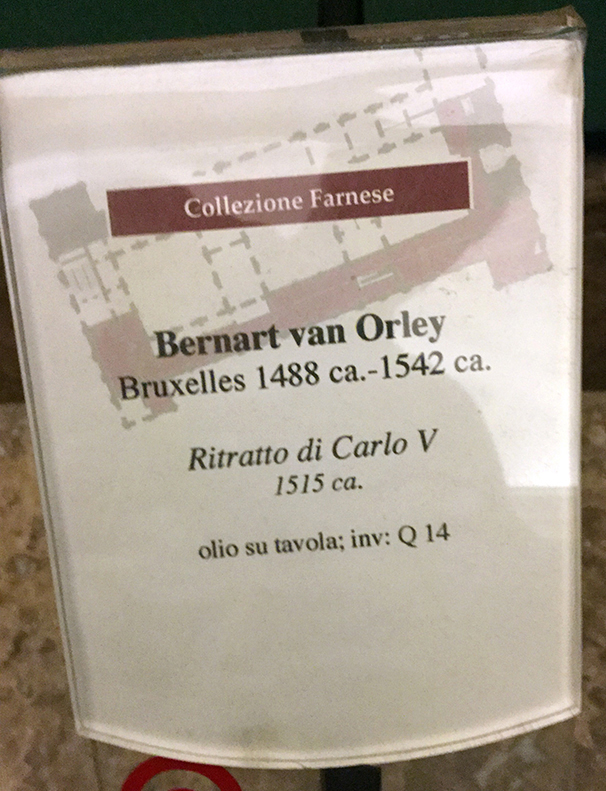