I was in Rome once before, in 1983, and I almost cried when I got to the Trajan Column, because it was covered in scaffolding. But I saw it today, and I have forgiven the Italians for denying it to me in the past, because they have done a spectacular restoration of the ancient Roman center of the city, including the column.

Mussolini famously put a road through the center of the area so he could have tank parades or something. The road is still there, but it now cobble-stoned and is closed to all but city buses and military jeeps, apparently, per my photo today. (Rumor is pedestrians take it over during peak touring season.) Squint at the second photo and you can see the Coliseum at the end of the vista. Also, a substantial area of additional ruins on the east side of the road has been excavated and revealed.

My interest in the Trajan Column is as a graphic designer. Most people look at the picture story of Emperor Trajan’s military victories, but graphic designers trek to this Valhalla for a glimpse of the tiny (really, quite small) plaque on the south side which has some inscription about Trajan and is considered the best, BEST example of Roman lettering ever anywhere, i.e. the basis of our alphabet. I was there at the wrong time of day to get good sunlight on the inscription so enjoy these photos (and good story) instead:
http://codex99.com/typography/21.html

If any of you have ever experimented with using “classic serif fonts,” you now know the origin of the one named Trajan! 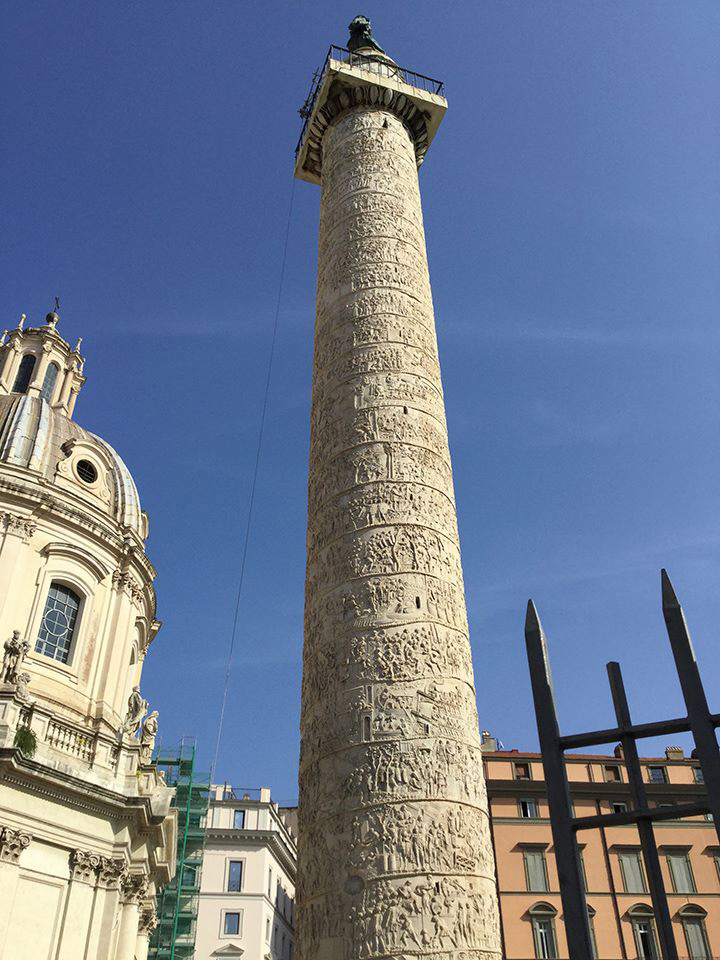 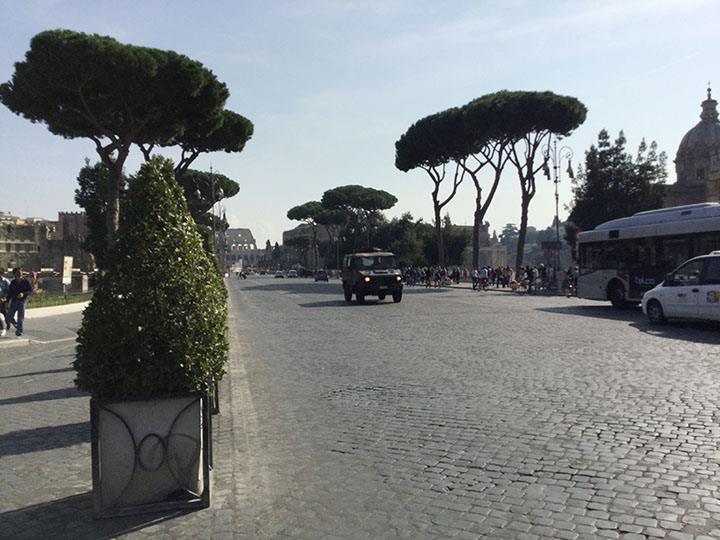