My grandfather told us (in his 1970 self-published memoir) the street where his family lived, but not the building/apartment number. I hired several people to pursue different avenues to get that elusive number, and one paid off.  (Shout-out of thanks to Vincenzo Regina of Istituto Araldico Genealogico del Regno di Napoli.)

5:00 p.m.: I announce to my cousin Julie, “I just got the notice from my hired researcher. Maria Michela Buongiorno (Troisi) died in her home located in Vico Santa Caterina a Formiello n. 3.”

We immediately look up that address on Google Earth. 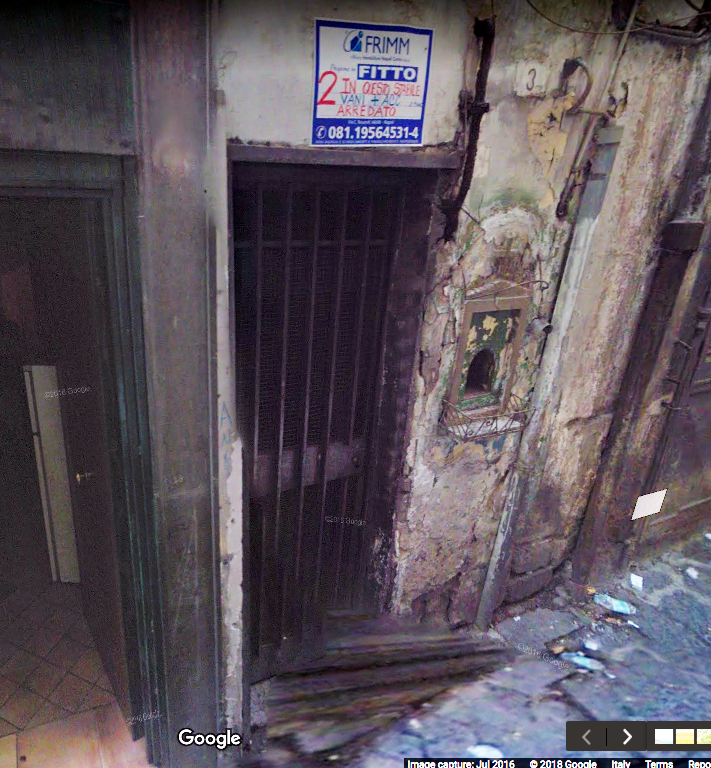 It’s bad, people. It’s a tiny hovel of a doorway, a few crooked steps above the street, across from a toilet paper store. (Seriously, the store is even labeled “paper” on Google Earth.) Currently not occupied and possibly for rent or for sale (see sign in photo)—anyone, anyone? Not directly on Via Cesare Rosaroll, but in a nearby alley. No wonder Domenic Troisi (my grandfather) had no complaints about a 4-room tenement flat in New York City (in 1907) and so enjoyed his later, self-built, 4-bedroom home in Williamsport, Pa., in the 1920s. The man did well for himself in the U.S., eh?

Update, later in the evening: Wrong door. The grilled door on the right is to the building’s common hallway and stair to upstairs apartments. (Totally dark, filled with trash.) The apartment is the OPEN door to the left—where you can see the current occupant’s refrigerator just inside (on Google Earth, but she has moved it since.) It’s the size of a small Manhattan studio apartment—no smaller than some I’ve lived in—but 4 inches above the street, with a single wooden door between her and and a public street while she sleeps. What you see in the photo below is about the full width of the entire 4-story building, by the way, so the apartments upstairs may not be any wider. 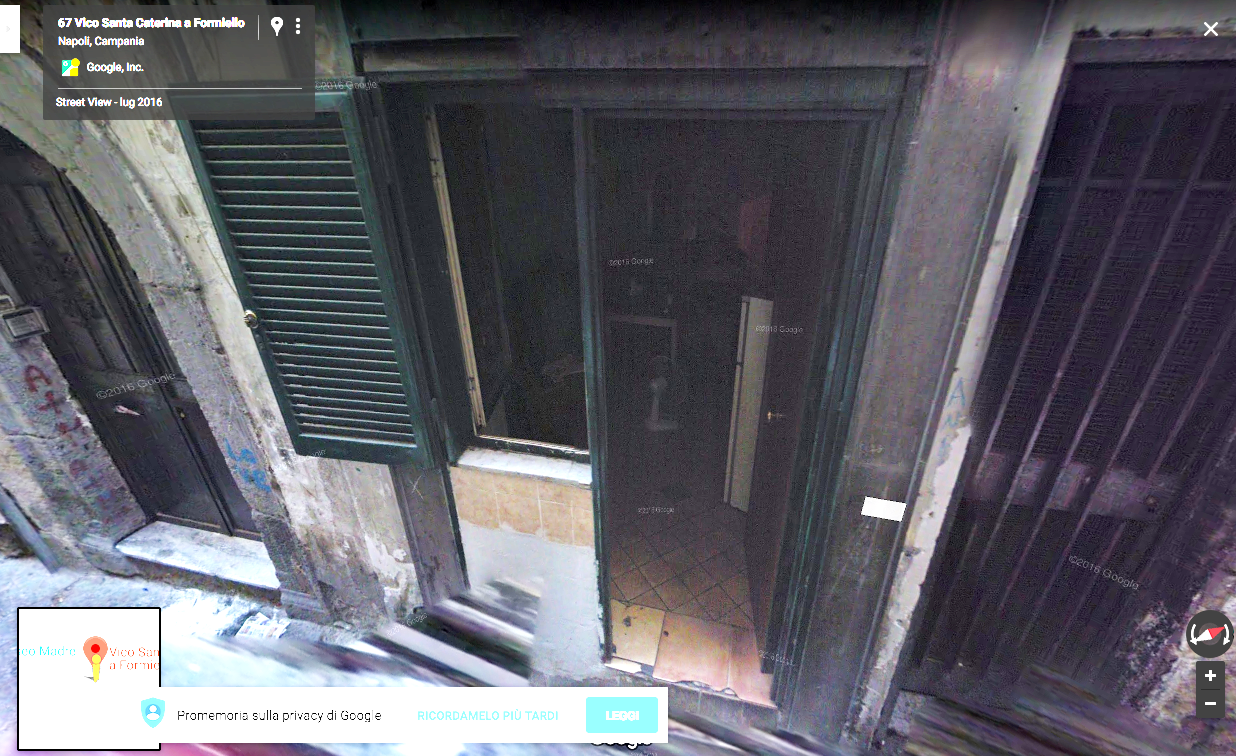 The currently inhabitant is a woman from the Dominican Republic (to the left in the photos, the woman to the right is her friend who lives elsewhere) who has lived in Italy 20 years. She very graciously chatted with us a few minutes, while cars whizzed by my back a few inches away and cousin Julie discretely took a few photos. (Thanks for the use of your photos, Julie.) 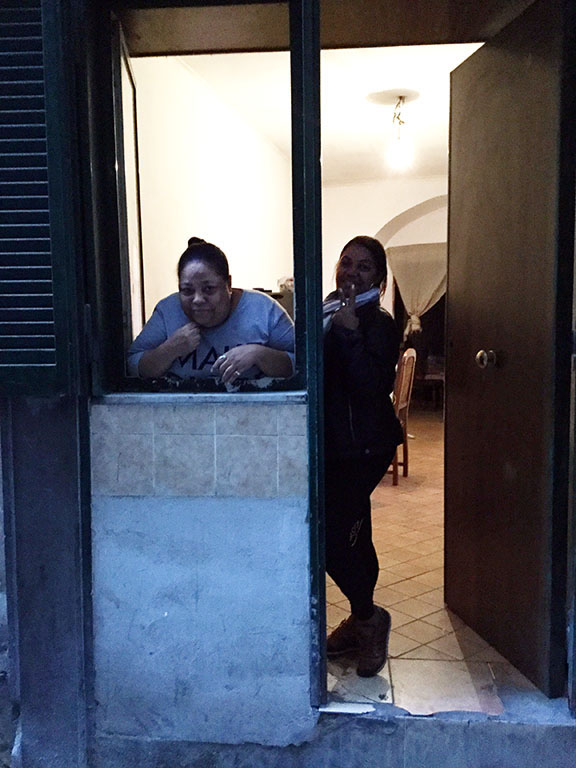 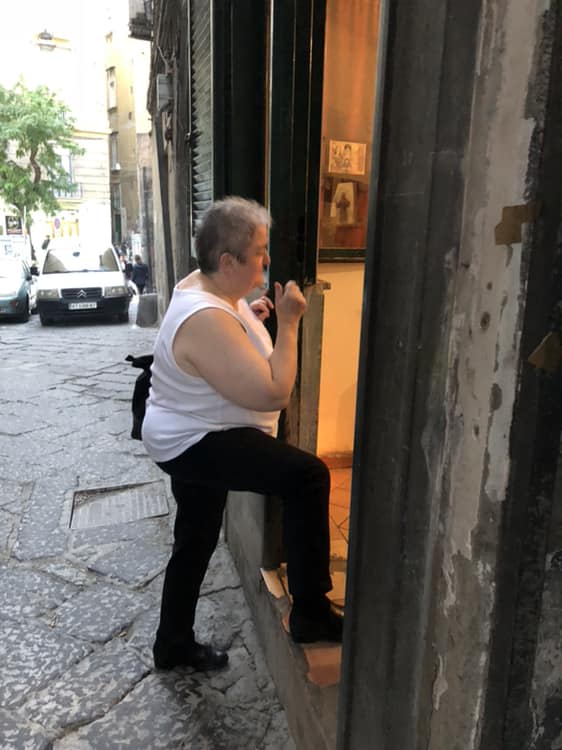 Troisi cousins note that the apt matches Domenic’s description for magazino in the front, living quarters behind a curtain in the back. You can see an alcove with curtain to the right of her friend in the doorway photo. The current tenant has an electric refrigerator and nary a wood stove in sight. We did not ask if her toilet is still out in the hall (which our grandfather reported in his memoir).

The last photo shows a chapel on the street that we think must be the one Domenic referred to in his memoir. 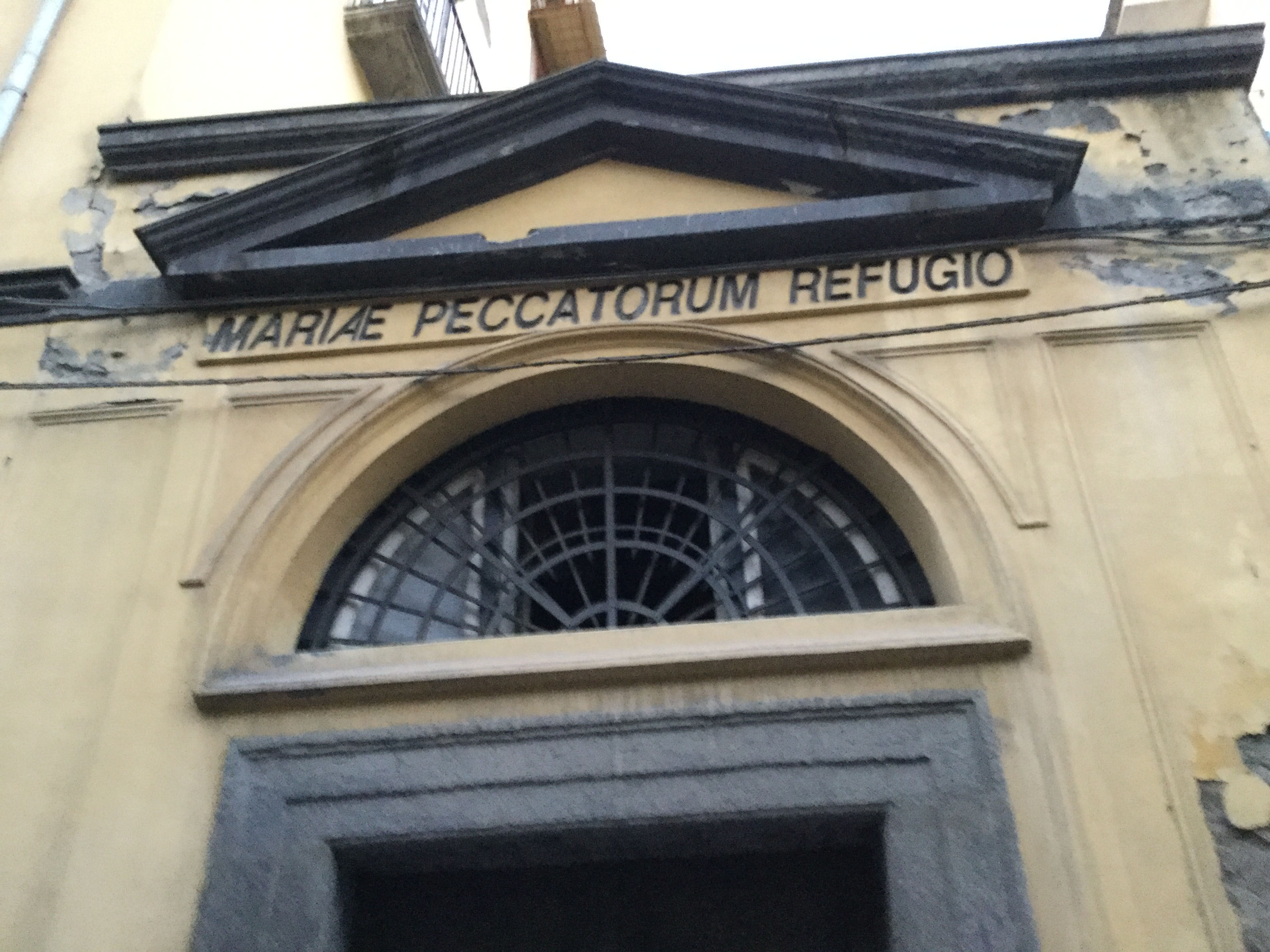 By the way, the “toilet paper store” across the street, which I jokingly identified based on stacks of toilet paper in the Google Earth image? Sells only paper. We confirmed it. I feel compelled to include the photo as proof. 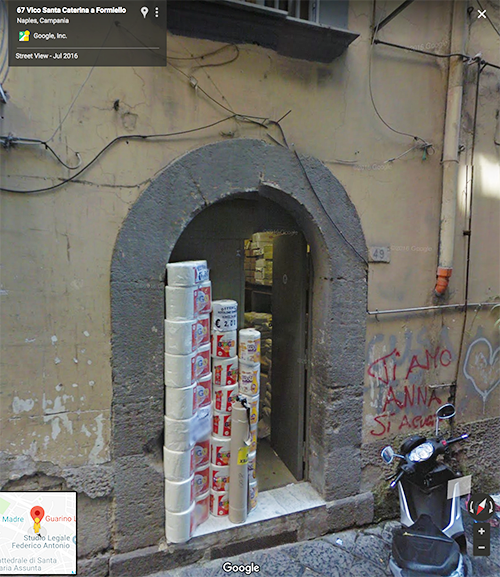 See posts by my other family members on Facebook for photos and videos taken during daylight on the day we all visited together, including this good overview by my sister Loraine. Thanks, Loraine. 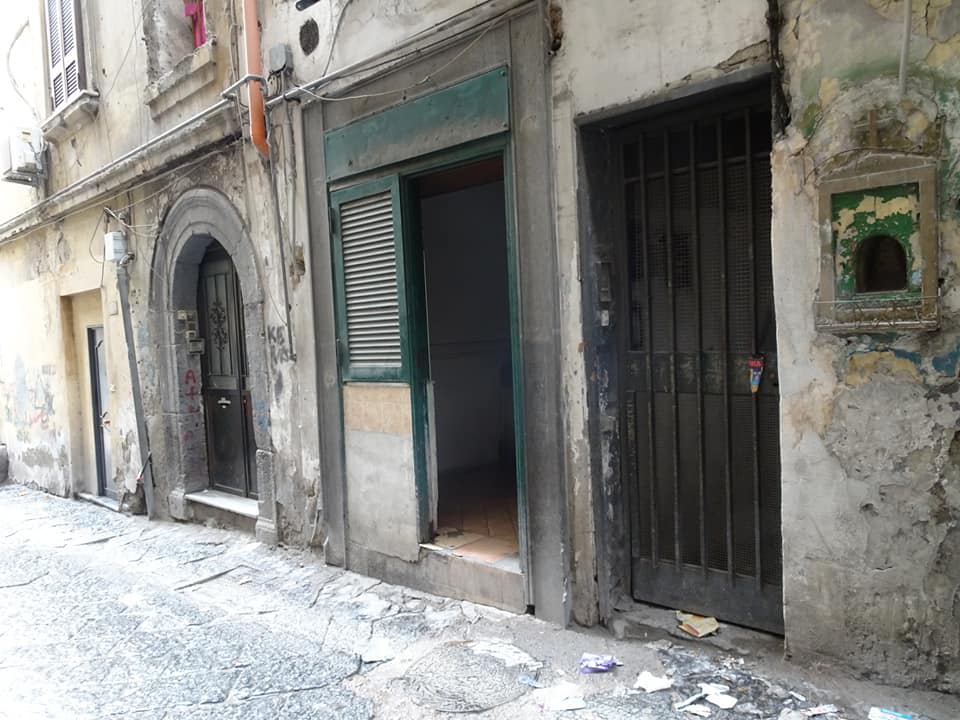 Previous Story: First view of Vesuvius from the apartment!
Next Story: Dinner?
Translate »